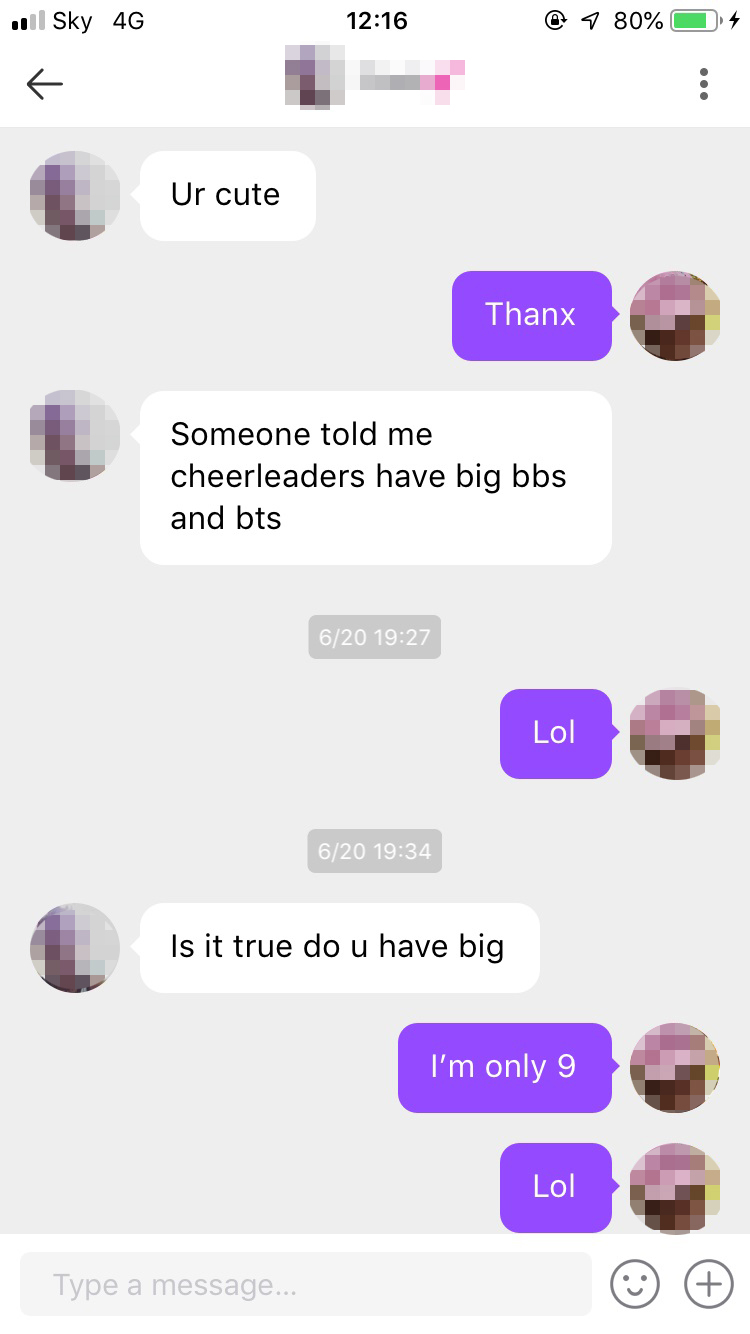 Her mum, who we are not naming, said the creep told her daughter he would "find her and take her away from mummy" if she didn't send the photos.

She has now hit out at the app, which allows users to post videos using "magic" filters with other 200million subscribers worldwide, after her daughter was chillingly groomed for five months.


The 49-year-old, from the North West, told The Sun Online: "My daughter used to have the most glorious smile but is just isn't there anymore and her eyes look distant and vacant.

"She's clearly still affected by what happened and is having lots of meltdowns in school.

"She is also having scary dreams and is struggling to sleep because she's frightened this man is coming to find her."

'IT WAS TRAUMATISING FOR HER'
The horror unfolded in May when the tearful youngster told her mum she needed to speak to her about something "upsetting".


But she refused to hold her hand and spent three hours crying into a pillow before she managed to reveal the harrowing truth.

The mum said: "She was clearly struggling to get it out and I had to sit with my back to her because she couldn't face me.

"She told me she had made friends with someone called James on the app who over time had asked her to send inappropriate photos of herself.

"He said if she didn't, he knew where she lived and he would find her and take her away from me.

"It was very traumatising for her and I was trying to reassure her she had done nothing wrong and had been tricked but it was horrible to listen to." 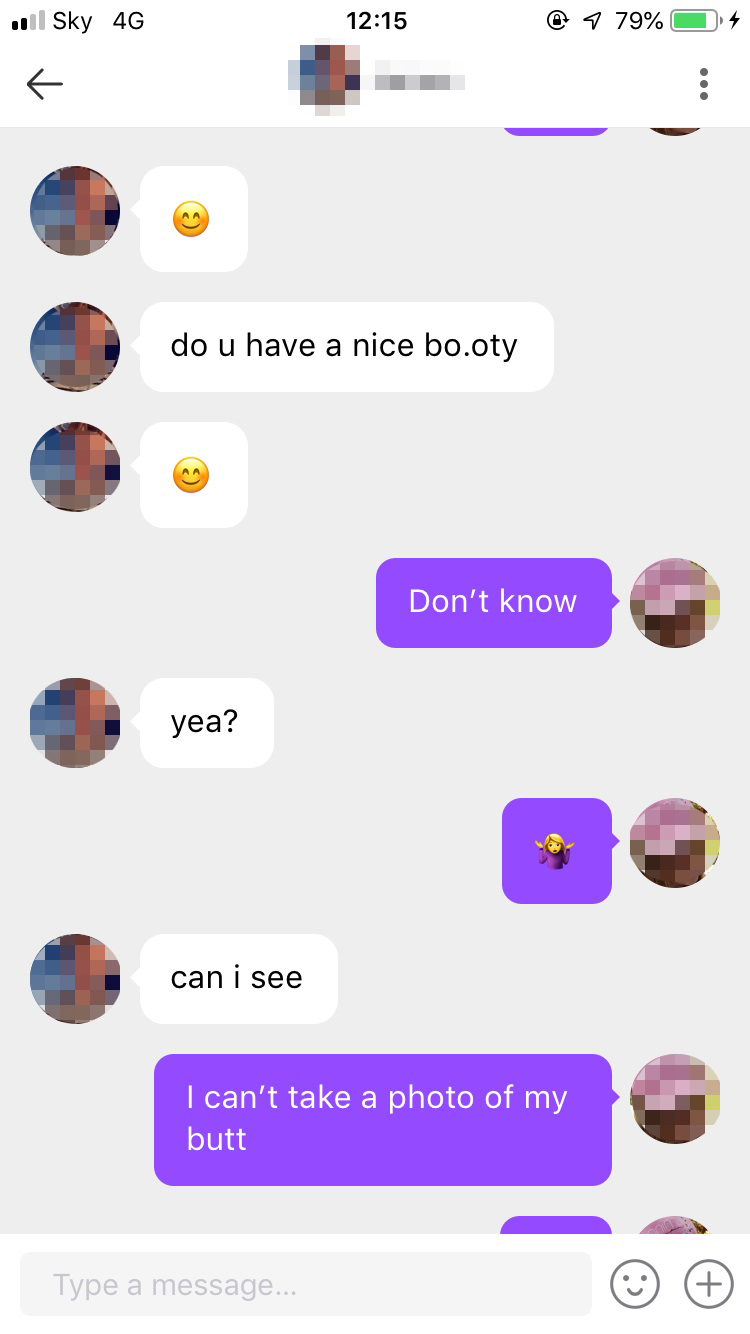 
The shocked mum immediately phoned police, who are currently trying to retrieve the messages from the account after the girl deleted them.

The wait has piled more agony on the mum as she is not sure how far the messages went and whether her daughter sent any more photos.

She even logged on to the app as her daughter and was stunned to receive a barrage of messages from paedos asking her to play "dares" and begging for X-rated photos.

The mum is sharing her daughter's experience to raise awareness about paedophiles using apps to groom kids.

She said the girl had begged her to get the app as all of her friends were using it and she didn't want to be "left out".

Both her and her husband had researched it and agreed as it appeared to be a lot of youngsters innocently posting videos of themselves dancing to Little Mix.

But they had no idea the direct messaging service for a breeding ground for paedophiles - with one button able to turn an account from private to public.

She has now launched a petition to ban private messaging functions in apps aimed at under 13s.

She said: "I'm a good mum, I consider myself to be verging on neurotic because I'm so protective.

"There's no way I would've risked it if I thought it would be so easy for an adult to contact her.

"I want to highlight the issue to parents who, like me previously, think something like this won't happen to their own child."

Merseyside Police have now launched an investigation involving "an allegation of sexual communications involving a child and a social media app".

DI Jackie Guinness said “Offenders think that the web will offer them anonymity to commit these types of offences against children, but we are continuing to work with partners to ensure more and more people are aware of the risks of child sexual exploitation – be that through online grooming or the distribution and viewing of sexual images of children.

APPS TARGETING CHILDREN
“It is important that we all become more aware of the possible risks posed by the web and social media and how to report any suspicious activity.

"I think it’s very important for anyone who has any concerns about the online habits of adults and children, that they know where to go to get help, support and to report such behaviour.

“As a force we are committed to the protection and wider safeguarding of children and we believe we all have a duty of care to protect all young people from harm."

It comes after The Scottish Sun revealed how teacher was left sickened when her daughter was asked to send a topless picture to "verify her age" after playing a children's dress up doll app.

Nicola McGarry, 41, said her daughter was taken on Gacha Life, a Japanese anime app for children to create their own characters, style their outfits and go on fantasy adventures.

Our reporter was inundated with messages after posing as a 15-year-old girl. 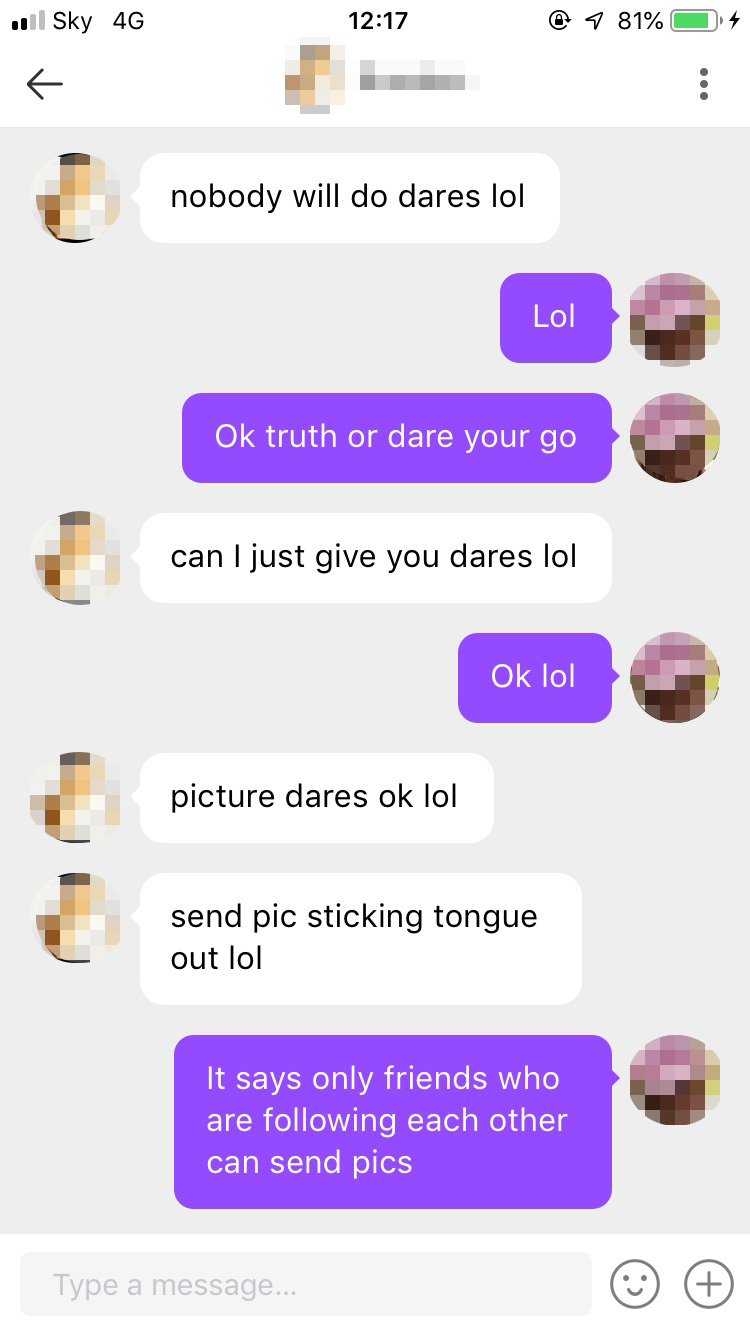 Introduce a law which forbids the inclusion of public chat in any App used by children under 13 yrs old. The chat facility allows paedophiles to groom children for the purpose of sexual exploitation.